END_OF_DOCUMENT_TOKEN_TO_BE_REPLACED

During a recent visit to Sun Sui Wah we decided to start a gluttonous run through the vastness of Vancouver’s top Dim Sum spots. Next stop…Spicy Court Chinese on Cambie at 41st.

Upon arrival, it was obvious that street parking nearby wasn’t gonna happen. That meant only one thing…scary underground parking. Having read about Spicy Court’s parkade, I got a tinge nervous. A parkade four levels deep with tiny stalls and no exit…yikes!

Spicy Court’s spots are on the third level down. Being Sunday at peak hours, this is a ridiculous situation.  With the upper two levels completely empty, Spicy’s spots are near fully packed. Can’t y’all work something out?

Funny. It was much easier getting out than getting back in some twenty or so dishes later. 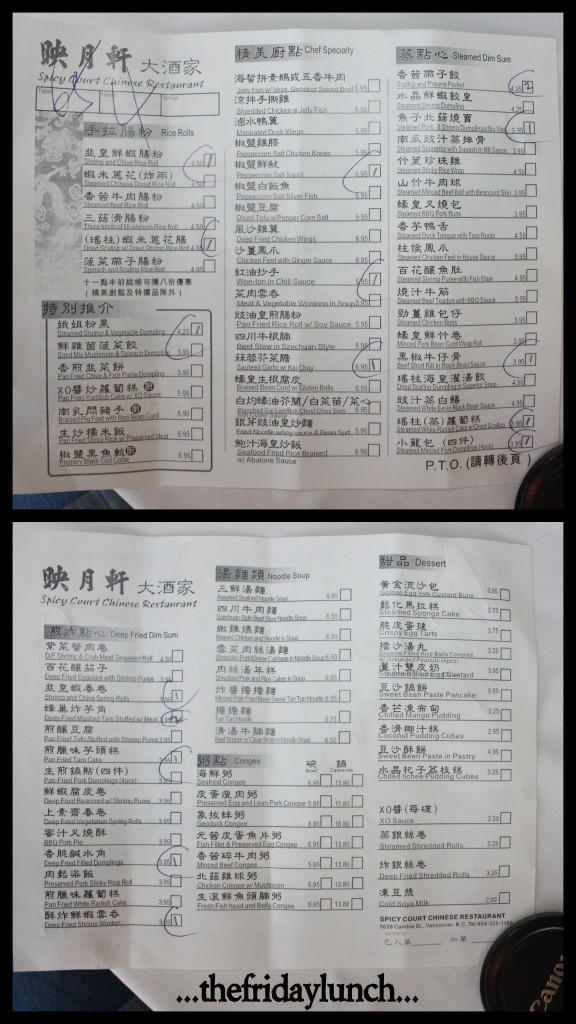 As with Sun Sui Wah, we arrived on an early Sunday afternoon, absolutely famished. Even worse, Benzie and I had to wait for a couple of stragglers. Being somewhat polite diners, we held off ordering for fifteen minutes. When they still hadn’t shown up, we chucked the politeness out the door and started ordering like it was a death row meal. As the first plate arrived, so did the other half of our crew.

Before the dishes arrived we were sure to grab a saucer of Spicy Court’s fermented bean chili paste. This has a nice, dense flavour with a mighty kick. Perfect for virtually any dish. Especially this one:

END_OF_DOCUMENT_TOKEN_TO_BE_REPLACED

I love Dim Sum. It’s the perfect way to gather a gang of good folk and sample a wide range of snack-sized plates. There is a catch, however. Much like grocery shopping, if you do it on an empty stomach, you may buy too much. With four empty stomachs, it’s inevitable. 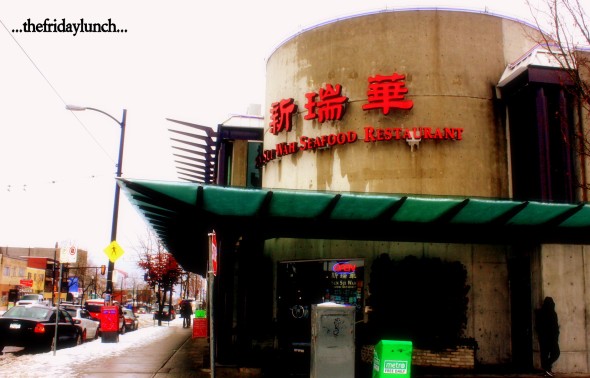 Sun Sui Wah is amongst the vanguard of Vancouver Dim Sum restaurants. If not the best, it is certainly one of the most popular. On a Sunday afternoon the place is teeming with several hundred diners and a small army of servers.

Upon entering the room I was stunned at the sheer size of it and the vast amount of people. Luckily, one of my friends keeps his head shaved so it wasn’t a problem finding our table. Gotta say, so far that’s the best reason for keeping a clean melon that I’ve come across. 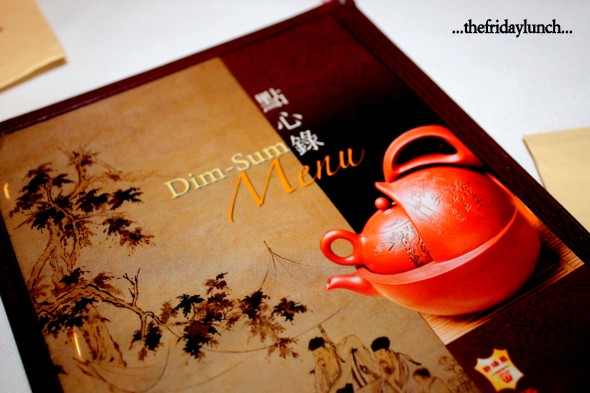 Along with a colorful, pictorial version, there is also a menu checklist.

With no time given for pleasantries or excess chit-chat, the list was attacked with abandon. I got me some serious, very hungry foodies here. 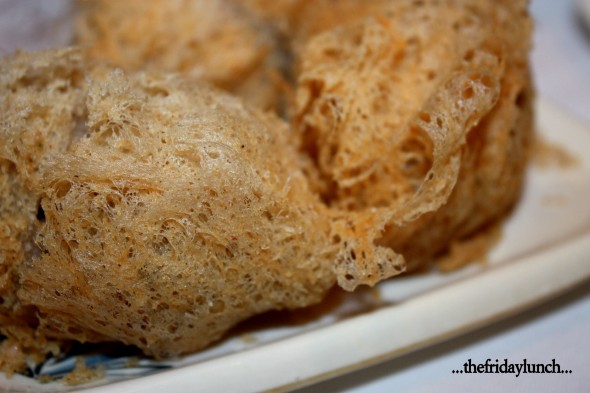 First up, one of my all-time faves, Wu Gok (Taro Dumplings). 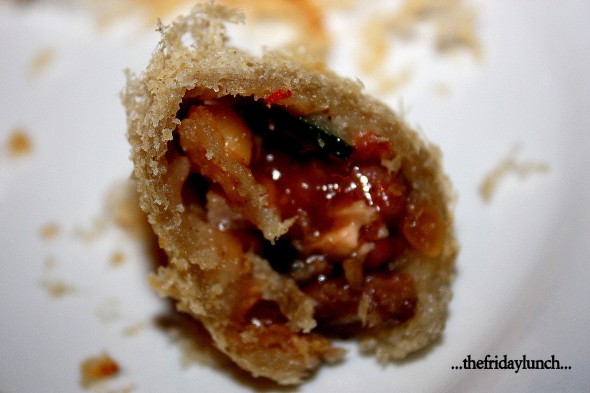 END_OF_DOCUMENT_TOKEN_TO_BE_REPLACED

A couple of months ago a new, up-scale Chinese restaurant opened its doors in Burnaby. Grand Dynasty Seafood Restaurant is located in the Grand Villa Casino complex. With a mix of high-quality Dim Sum and top-notch plates, it seems to be the go-to place for well-heeled locals.

Upon arrival, we asked for a table for six. There were a few tables available but we were seated at the biggest one, a ten-top. When I asked why we were given a table so big, the service captain said, jokingly, “So you order more food!”. I knew he was kidding, but in the end, he was spot on. 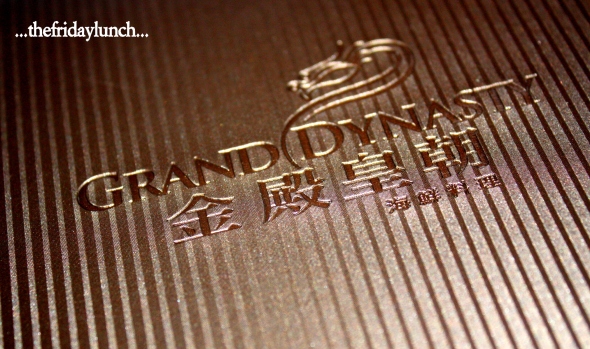 The service here, it must be noted, is well above average. There’s a small army of suited waiters looking out for their customers. While waiting for the other half of our party to arrive, I realized I hadn’t plugged the parking meter. On my way a server actually followed me outside to offer suggestions on where to park for free. As I was parked just outside, and it was a dollar an hour, I just paid the meter. You’ve got to appreciate that level of attention.

Seeing as how we are a group of five and a half Caucasians, there was a small amount of trepidation. Three of us were adorned in our finest work clothes, the other three nattily attired in office gear. But, as Kim says, “I’m only here for the food!”. 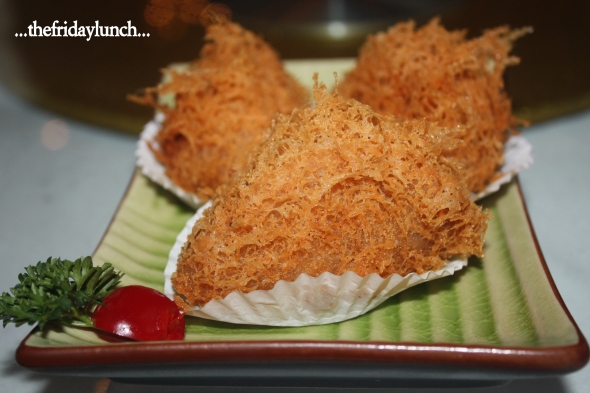 END_OF_DOCUMENT_TOKEN_TO_BE_REPLACED

Having decided on Dim Sum for the weekly Friday lunch, it was just a matter of where in Burnaby to go. One place we hadn’t yet tried is Po King on Kingsway. I’ve been a tad reticent due to numerous negative reviews on Dinehere and from fellow bloggers. From what I’ve seen, the place is packed every day…how bad could it be? Tales of pushy cart ladies, chaotic service and indifferent management only added to the intrigue.

Po King is a huge room. It fills up extremely fast so it’s best to get there by at least 11:30 for the lunch service. I was fortunate enough to grab a table by the windows. It makes for some really good photos.