Several weeks ago, while working along Kingsway, by Metrotown, I noticed a new awning adorning Tai Won Chinese Restaurant. Always intrigued by new restaurant signage, I made a mental note to go check it out. Before I got a chance, Shokutsu from Foodosophy beat me to the punch. His well-written, in-depth post only intrigued me more. 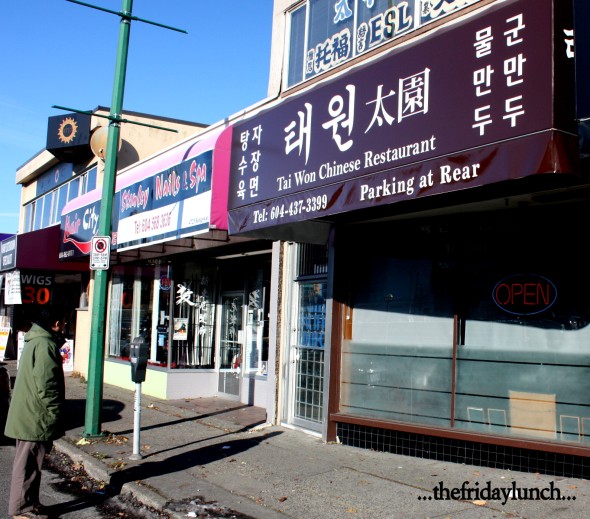 Tai Won is located on a quite safe stretch of Kingsway in Burnaby. One must always be aware, however, of unsavory types lingering on the roadside looking for dining partners. This particular gentleman was especially persistent to the point that we invited him along for some lunch. 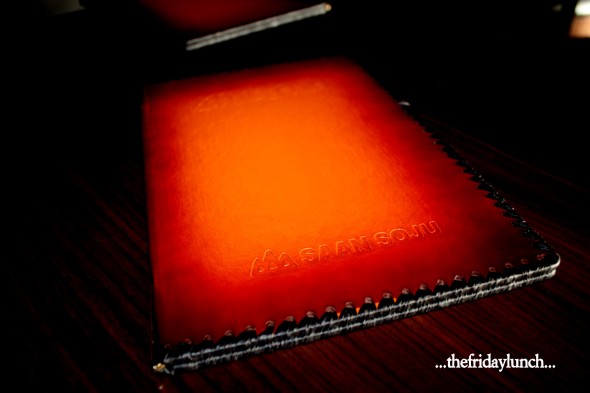 There is a fair bit of confusion about this establishment. The sign says “Chinese Restaurant”. However, once inside, you immediately can tell it’s a Korean-run spot. The staff are Korean as are all the menu items. Shokutsu cleared up some of the confusion on his post with this: “Its a Chinese-influenced restaurant however, but basically the niche genre of Chinese-Korean cuisine that’s available in Korea.” 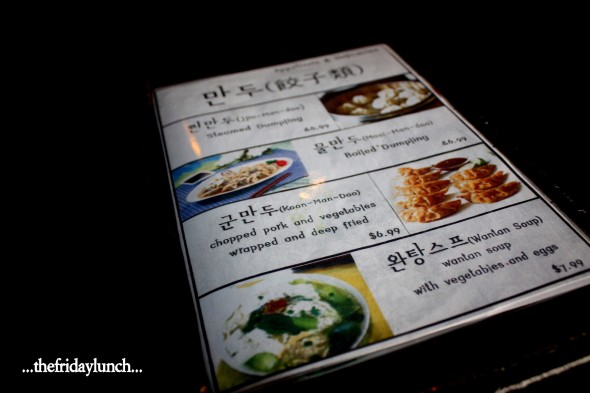 Our server made a point of asking if we knew that they serve Korean-Chinese fare. Not knowing exactly what that meant, we all said, “Um, ok!”. Bring it on!