About a month ago, in the midst of a whole bunch of stupidity, Kevin from 604foodtography, suggested a big ol’ chowdown at Kalvin’s Restaurant. Within a day or so, thirteen of us responded with a resounding “Hell, yeah!“. From a rather depressing, unfortunate day, the focus was returned to where it should always be in the food blogging community…on the food! After all, that’s what we’re only here for…right?

Strange thing about Kalvin’s…the awning says “Kalvin’s Szechuen Restaurant” so I was all geared up for a fiery, chile-laden feast. Turns out they put up mostly Taiwanese fare. No problem…I’m game for anything! There were a few spicy dishes and some interesting Taiwanese I’d not yet tried.

This’d be one of those dishes I’d put in the “I’ll-try-it-one-time” category. The Fondue Spicy Pork with Organ Stew was actually quite tasty if you can get your head around the intestine part. It’s obviously a cultural thing that I’ve yet to adapt to. Texturally, it was fine. No excessive chewiness…not rubbery at all. For me, it’s all about the funky aroma. There’s a load of foods I love that give off strange, unique smells. It’s just that when the smell originates from that part of the animal, it can be difficult to adjust to. 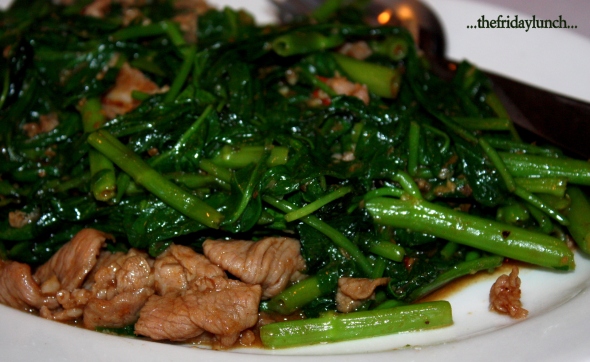 The Pork & Ton Choy in BBQ Sauce also had a unique flavor to it. If you close your eyes, you’d swear you were eating a seafood dish. That was due, according to Kevin, to the use of a satay sauce or, as I later found out, it can be called “Shacha sauce“.  It’s a much different flavor to most satay sauces due to the addition of brill fish and dried shrimp. The ton choy itself was nicely cooked giving the dish a well needed fresh, crisp element.

END_OF_DOCUMENT_TOKEN_TO_BE_REPLACED

My experience at Hotluck is eerily similar to the one I had at Alvin Garden. Months before my visit to Alvin Garden (the one I posted about), I went there to try the lunch special. I had the beef/cumin dish and complimentary soup. Both were uninspiring…the beef dry and flavoured, it seemed, only with cumin. After a couple of follow-up visits I found out about the good stuff. Months before this visit to Hotluck, I went there to check out the lunch special (as well as a possible Friday lunch). I decided on the Ginger, Green Onion Fried Beef & Rice. 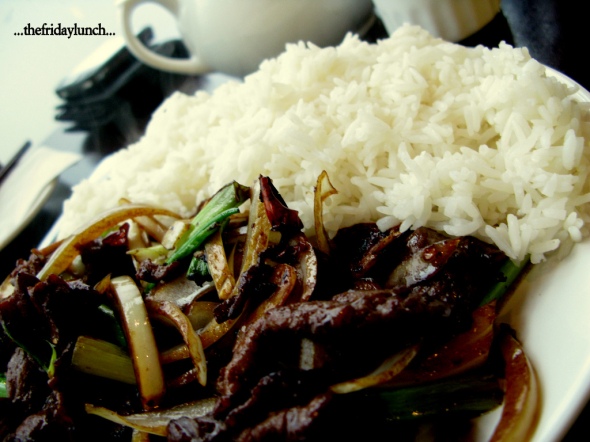 When the plate arrived, I was taken aback by the portion. It was quite large. Quite a bit more than most places offer for a lunch special. This a heckuva lot of food. The only problem was, there wasn’t a heckuva a lot of flavor. The ginger was non-existent. The scallions and green onions over-fried as was the beef. There’s not a whole lot to get excited about. Not a great first impression. That being said, my experience at Alvin Garden taught me to give this place another shot.

END_OF_DOCUMENT_TOKEN_TO_BE_REPLACED

Writing a food blog has some excellent perks. For me, the best one is meeting people who know their way around the vastness of local Chinese cuisine. During last week’s luncheon at Alvin Garden, I was lucky enough to be seated beside fmed. He is the creator of Vancouver Chowdown and is also a contributor to Foodosophy under the handle GastronomyDomine. He is literally a walking guide to the best of Asian food in the Lower Mainland. In the midst of a discussion on Vancouver’s best Chinese restaurants I asked him what his favorite Szechuan spot was. Upon his mention of S&W Pepper House, I gathered the troops for another Friday lunch. 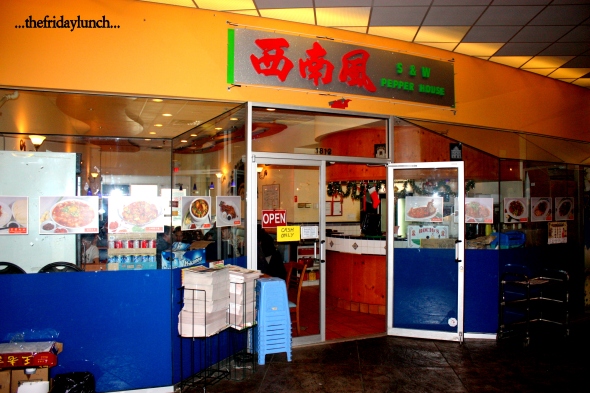 S&W Pepper House is located beneath the food fair in Burnaby’s Crystal Court. I’ve had several dozen quick lunches in the food fair…never venturing downstairs where the full-sized restaurants reside. My only indication of S&W was the small a-frame sign on the sidewalk with no restaurant in sight. After a great tip and some investigation, we navigated the inner labyrinth of the mall and may have discovered the best Szechuan food in Burnaby.

END_OF_DOCUMENT_TOKEN_TO_BE_REPLACED

A few months back I heard about a good Chinese restaurant in Burnaby. Lunch plans were made. We anticipated deliciousness. To our surprise, a new restaurant had replaced it. The sign read Garlic & Chili. Jacky the Macanese Chilehead tells me its Szechuan. This has to be a good thing.

Turns out, after many, many visits, to have been a great thing. 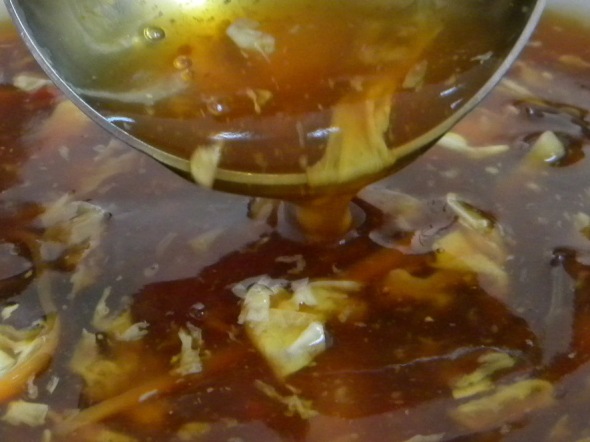 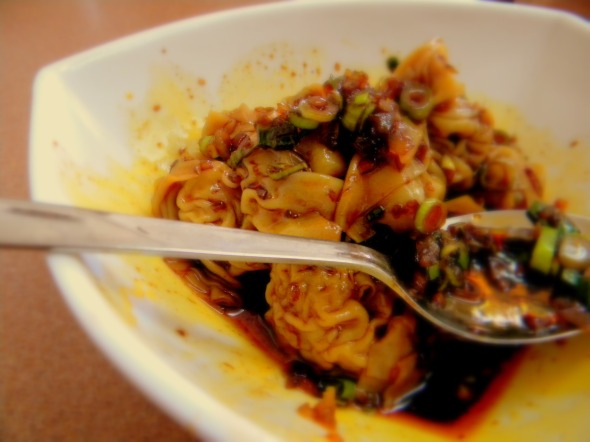 Save the sauce for the Shanghai Noodles:

The Ginger Beef is tasty but quite a bit overdone.

The centerpiece of the meal is the Singing Chicken Hot Pot. The dish was literally spitting when it hit the table. Some serious wok hay.

Singapore Fried Noodles. Some more good heat but with a curry hit.

So far, Garlic & Chili has remained a bit of a secret. It’s a spotless, tiny Mom & Pop operation with exceptional food. The portions are generous and the chef is a serious heat-freak. Giggity.